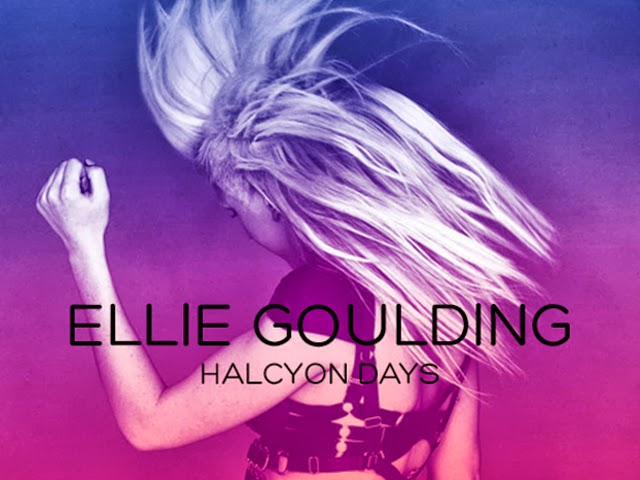 Who doesn’t like Ellie Goulding? She’s extremely talented, has a stunning voice and she is just so  unique. She’s truly a masterpiece. Today the British singer released her latest music video for the song ‘Burn’, which will be featured on the packaged edition Halcyon days, the following and updated version of her third album Halcyon.
I feel it. This is going to be the perfect song and music video for this summer. You can feel the summer vibe though the video. The airport, the enormous light balls, the firework. It all makes me wanna dance. Yes Ellie, we gonna let it burn. Burn. Burn. Burn.

Ellie’s new EP Halycon Days will be released next month on August, 23, which includes 7 brand new tracks (incl. ‘Burn’) and the hit singles ‘Anything Could Happen’, the Calvin Harris track ‘I Need Your Love’ and ‘Explosions’. 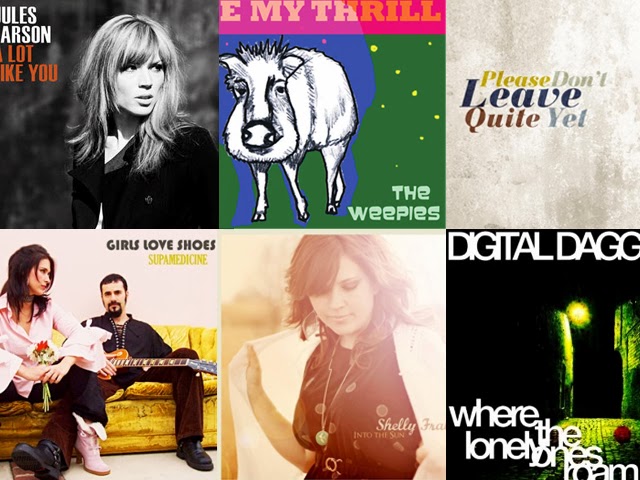 Who’s also excited, now Pretty Little Liars turned back on our screen? Now every week we can enjoy all the new weekly mysteries, theories, fashion of the four little fashionista’s (stay tuned this week for some Spencer Hastings’s style guide), but PLL has also the best music.

So to celebrate all the wonderful songs that has been featured in the show, I’ve created for each season a playlist on Spotify. (In case you’ve missed the playlist for season 1, you can check it out here).

This time I’ve selected the best songs that came along in season 2: The Weepies, Digital Daggers, Savoir Adore, Jules Larson and more. Songs that moves you some how, in some way.

One of my favorite bands The Mowgli’s released this week their new EP Waiting for the Dawn. A couple of weeks ago I’ve already told you about their amazing song ‘San Francisco‘ and now they are back with a new EP and even more incredible songs with tons of funky tunes that will get you through this summer!


The band already released last year their first EP Love is not Dead and today they released their full-lenght album Waiting for the Dawn. It features not only their previous songs, but also many new folk, rock and catchy tunes that will definitely become one of this summer 2013 best EP’s. The bandmember Josh Hogan told JustJared.com about the new album:

“We actually thought the album was already finished before we got everyone involved and recorded this one. Once it was done, we were all so excited about how it came out that we had to squeeze it onto this album.”

Are you also excited to hear The Mowgli’s new EP? The music of The Mowgli’s always put a smile on my face and I hope it has the same effect on you too!

Check here some of my favorite songs of Waiting for the Dawn:

What do you think so far of The Mowgli’s new songs?

Check more of The Mowgli’s and their new EP here!
@Itunes
@Facebook
@Twitter:Themowglis

Last week the Irish band The Script, released their brand new ‘Millionaires’ music video, the latest released song from the EP #3. The video was shot in London and directed by Paul Banks.

What is so special about this video than the other ones from the band, is that they focused this time more on the music and it’s lyrics. In the clip you see shots of a group of friends, who are having a great time. The video just reminds us that with money you simply can’t buy happiness. It’s all about imagination and try to live your life to the fullest, so that we ‘can spending our time like millionaires’.
That’s the power of The Script, they write and sing about all things that everyone can relate to. When the lead singer Danny O’Donaghue starts singing, you can’t deny all the power and rawness of it. And that’s why I can’t declare my love enough of this Irish trio.

What do you think of ‘Millionaires’? Check out the video below.

What’s not to love about Ingrid Michaelson? The NYC- based Indie singer and songwriter always knows how to put her soul into her music. Now wonder why many of her songs has been featured in so many television shows through the years. That’s also what happened with her new released song ‘Without You’, who was played during the season finale on Grey’s Anatomy. Yet again, Ingrid didn’t  disappoint me. And she probably never will.

The chorus keeps me going:

Oh Ingrid, I can’t live without your incredible music.